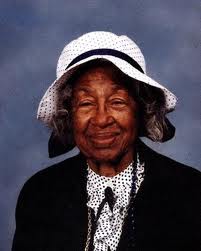 Hello there friends of Joshua

I am so very glad I finally get me a voice—a say into how I’m portrayed and a chance to done set the record straight.

In Joshua play, he call me “my friend Calvin’s grandmother,” but I am so much more than that. My name is Gladys Hightower and I a mother, sister, grandmother, child-of-God, disco enthusiast, and used to do my own one-woman show much like Joshua but mine is about the Biblical character of Rahab—look it up if you don’t know who that is if y’all ain't a bunch of heathens.

I don’t know why Joshua refer to me as “Calvin’s grandmother,” because I don’t even like Calvin very much. He a skinny lay about with his rap music who probably hide my slippers and my social security checks from me.

But anyway, to set the record straight—in his play Joshua talk about how the deacons at his church got me in a headlock and escorted me out after singing the real words to the disco hit, “Everlasting Love,” during a Sunday service.

First of all, the headlock was more of a sleeper hold because I done passed out after they dragged me into the vestibule. And second of all I didn’t go down without a fight. I shook those banana suited deacon monsters off me on first contact but went down only after one of them fish-hooked my mouth and elbowed me in the spleen. I’m a fighter and always have been—in the streets and in the pews.

And don’t be headlocking people up if you gonna play disco music in church is all I’m saying.

Let me tell you one last thing all you friends of Joshua—I don’t even know this man too well and I don’t know why he got me up in his play. He don’t pay me no royalty checks and he don’t even try to sing like me— but thankfully he cute with a tight butt, just like Tom Jones and Harry Belafonte, Lord have mercy. You ain’t but heard the last of me. I won’t be silenced. I’ll write to you all again soon.

Now you all be good and go and see this boy’s show when it come out.