Bringing it Back to the Community

This week I’ve been thinking a little about community and the town-hall forum—things that don’t seem to exist like they used to.

Non-exclusive social clubs, weekly or monthly neighborhood forums, book clubs, and a variety of other community enhancing groups existed during my early childhood and for  hundreds of years prior.

But most of what we have now only includes online communities, chat-rooms, and little fractious denominations of various clubs and associations that do a few sterile in-person events each year.

But the face-to-face, the one-to-one—there’s truly no substitute for it. We as humans are communicative and community oriented creatures and we can’t survive or live rich, full lives without one another.

In April, I’m teaming up with Camilla Ross and The Emerson Theatre Collaborative to do just that—promote community and open and honest conversation. I’m bringing The Gospel According to Josh to Mystic Connecticut and we’re talking about community, seeking help, and suicide prevention as part of the I am Worthy Project. We’re doing this at Union Baptist Church for a whole weekend and last week I wrote a letter to the congregants of the Union Baptist Church to get them ready for my appearance and to enlist their help. I want to share with you that letter.

And p.s., this ain’t about Baptists, Presbyterians, Buddhists, Team Edward, or Hanukkah Harry. We’re all in this together as one.

Greetings to my brothers and sisters at Union Baptist Church.

As you may know, Camilla Ross of the Emerson Theatre Collaborative and I are teaming up to bring awareness to the message of suicide prevention—a subject to which I’ve dedicated my life and some of my art.

After losing my father and grandfather to suicide, I felt alone and it was only through research I found that there are roughly thirty-seven thousand suicides in the United States each year and more than five hundred thousand attempts each year; but in spite of all that suicide is preventable.

My journey and personal struggle inspired me to write The Gospel According to Josh, a thirty character, twelve song, autobiographical one-man show. It had its premiere in New York City in 2010 and has since toured in twenty five U.S. states and in two Canadian provinces; spreading the message of suicide prevention.

I will be bringing this one-man show and this message to your congregation April 5th-7th and it would be my honor if you, your friends, and family would join me for this weekend of theatre and an honest and open dialogue.

In the coming weeks, with your permission of course, I'll send another bulletin article with some tips on preventing suicide and what we can do as a community to help all those who may be struggling with suicidal thoughts.

And please join us for the Wall of Yellow weekend by wearing your I am Worthy T-Shirt.

Thank you in advance for your support of such a great cause!

5 Things I Loved About Edmonton, Alberta 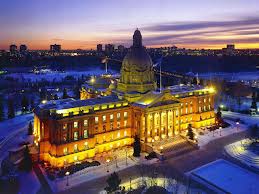 The first week of February, I had the opportunity to go to do The Gospel According to Josh at Grant MacEwan University in Edmonton, Alberta which is north of the border and about 600 miles north of Spokane in Washington State.

And right before writing today I realized I haven’t kept my promise to go in-depth into some of my travels with the GATJ.

So without further ado, the 5 things I love about Edmonton, Alberta. 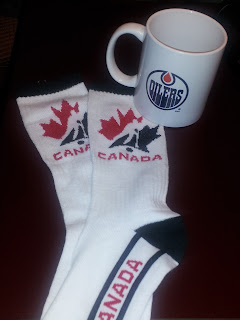 I promised to keep in short...but stay tuned. In a month I’ll have a l’il something about San Diego slash Mexico. (woot woot!)
Posted by Josh Rivedal No comments:

(Another) Sneak Peek from the book 'The Gospel According to Josh' 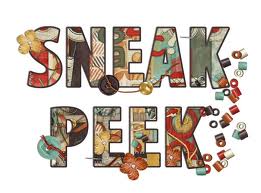 Hey, hey, hey...so I wanted to share another little something with you. I just got back the first three chapters of my memoir from my editor and made a few changes and wanted to show it to you first. Barring any major revisions to the rest of the book...I’m giving you a sneak peek into the first 500 or so words. A teaser. Not too much plot but a look at the style. I hope you enjoy (gulp).

Chapter 1: An Epilogue Part One—Sort of.

There I was at William Woods University in the middle of Missouri, decked out in a long-sleeved blue flannel lumberjack button-down shirt and faded boot-cut blue jeans, standing next to a podium under a warm spotlight in front of a few hundred wide-eyed college students and some anxious faculty members—vocally paralyzed and desperately wishing I could gather myself just enough to string together a few coherent sentences for this room full of academics.

It was like I was living that awful nightmare, you know, the one where you’re standing in front of a large group of people ready to say something epic and groundbreaking but somehow you left your house not only forgetting to wear pants but your underpants as well, prompting the crowd to point, laugh, and throw tomatoes at you with their free non-pointing hand.

However, this moment of paralysis I was having on stage at William Woods University was all too real; I was definitely wearing pants; and this being November, tomatoes were out of season.

I had never been so stiff in front of a crowd in my entire life. I’d been something of a song and not-so-much-a dance man for a church congregation of more than five hundred people by the tender age of six. Being on stage was as second nature to me as breathing, eating, and sleeping.

But standing next to that podium and sweating under those lights, I began to have what seemed to be some kind of a spiritual, out-of-body experience—which would have been awesome had I been drinking Peyote tea in New Mexico with Tommy Chong and a psychoactive Sonoran Desert toad, but God knows I’m not that lucky, and whatever transcendent experience I was having was happening at the worst possible time.

I could almost see a part of me floating above my head, finding its way to a seat in the front row—eagerly anticipating whatever was going to happen next. It was like that scene from The Adventures of Tom Sawyer when Tom and Huck were sitting in the rafters watching their own funeral. Except this wasn’t a funeral. This was my resurrection party and I desperately wanted to celebrate with the cafetorium full of spectators in front of me.

But with every silent second that passed, my credibility and grip of mystique and intrigue was being loosened, especially on the younger students whose hands I could almost hear going for the smart-phones on their hips to fill the time being sucked away by the lifeless, question mark of a man standing before them..........

In a few weeks I’m hoping to send y’all an excerpt from Chapter 2: A Prologue Part One—The Great White Hope. Thanks for playing!
Posted by Josh Rivedal 2 comments:

5 Things I Learned at the AFSP Leadership Conference 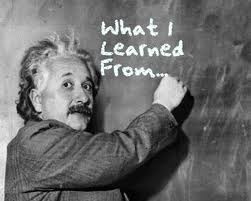 The weekend of January 25th, I had the honor and opportunity to represent New York City at a leadership conference in Houston, Texas for the American Foundation for Suicide Prevention. There were roughly two-hundred in attendance from all over the United States, all with a different story and frame of reference; and I learned a great deal from each of them. Here are just five of those things I learned:

Suicide Touches Everyone in Many Different Ways.
People at the conference had lost brothers, sisters, grandmas, and best friends to suicide. Some had made attempts in the past themselves. Some were in the medical field who had patients that attempted or completed suicide. No matter what the reason, each was there to make a difference and move forward by helping to save other people’s lives.

We Need to be a Better PR Department.
When people think of suicide, they think of gloom and doom and stigma. And it is absolutely a sad and harrowing issue. But there’s hope. The reality is that most people at one point in their lives has thought about suicide and never attempted. While suicide takes the lives of over one million people each year, in truth it’s a small fraction of people who have had those thoughts and not attempted. We can overcome. There is hope and many of us are living proof.

Physician Aid-in-Dying is an Über-complicated Issue.
This has been in the past known as physician assisted suicide. In some U.S. states, physician aid-in-dying is perfectly legal, in others it isn’t and it is only legislated through the states and not federal government. Questions were brought up in a town-hall forum that addressed folks living in constant physical pain. Others about the many brave souls living with ALS. Some recounted their own fight for life in the face of crippling physical pain. There are many check-points to go through (psych-evaluations, is it a terminal illness etc) and I don’t have an official position on it but I think this is an issue we need to keep on the table and continue to discuss and resolve to come toward some sort of resolution on.

We Need More In-Person Communication.
You all know I love social media and emails but there is nothing in the world like communicating in person with someone. Collaboration and the exchange of oxygen and little physical nuances, hugs, and handshakes are priceless—things that have a greater barrier of entry when communicating exclusively through email and Facebook. Take more flights, drive out that extra thirty minutes, schedule that coffee in—you’ll be amazed at how invigorated you’ll be at the end and how much you’ll have accomplished.

We Need Fewer Chefs and More (humble) Sous-Chefs
Many sous-chefs (think of 2nd in command to the executive chef) I know are brilliant chefs who happen to be working under an equally brilliant exec-chef. But these sous-chefs don’t care who gets the credit for the creation of the lobster bisque or the hazelnut souffle cake, they do it and do it well because it needs to get done. The same thing goes in the field of suicide prevention. The field itself is still much smaller than it needs to be and collaboration between two or more humble persons or organizations is needed to grow and create the work that needs to be done in order to save lives.

These are just a few things I learned and I have to urge that if you’re looking to get involved with a cause that needs people to put in some elbow grease and not just open up their check-book, this is the one. Hit me up as to how you can get involved on a basis that makes sense for your busy life. Thank you!!

PS. You should subscribe to this (my) blog because you’ll get a mixture of suicide prevention, humor, creativity, and some good ole’ fashioned love.