How to Turn a Spark into an Explosion 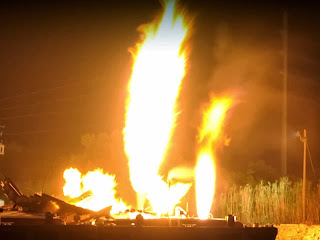 So, I’m writing this one while on an airplane after spending a week in Miami putting together partnerships, group sales, and a pop music single (you read the right) for a Spanish language Christmas musical I’m associate producing, Rescatando la Navidad. PS I also wrote the English/Spanglish version of the script as well—woohoo! PPS The Gospel According to Josh is still in full swing... just switching things up a bit this week!

I learned a ton while I was down there... specifically: how to create a spark and then turn it into an explosion.

In an effort to try to sell more tickets while providing an all around experience audiences will never forget... I thought we as producers of Rescatando la Navidad “RLN” should be more giving. We should be trying to tap into the spirit of Christmas as much as possible.

While driving to a meeting down Calle Ocho, a Cuban subdistrict of Miami, I got lost (as usual) and stopped in a parking lot to grab some Cuban coffee and ask for directions in my broken Spanish. While in the parking lot, I came across a man who had no shirt on and very few teeth and he mentioned he was homeless and wouldn’t be able to eat today unless I helped him. Something about this bothered me more than when I’m in New York City and I gave the guy a couple of bucks. But it made me pause a little longer to think: “There are probably hundreds, if not thousands of people who will be in the same predicament this Christmas—hungry and having to beg for food...” This kind of thing should not exist. People shouldn’t be going hungry. What if I could do something about it with this show? When I got back to my hotel later in the day, I started looking up Miami based food banks and organizations dedicated to ending hunger. I found Feeding South Florida. They serve four counties in the Miami area through a network of partner agencies, including daycare centers, assisted living facilities, homeless shelters, soup kitchens, and emergency food pantries.

This was how we were going to help. I got in touch with them and together we drew up a food drive that will take place on our opening performance, November 26th. We’ll be accepting canned and fresh foods and will also be donating 10% of proceeds from our November 26th performance to Feeding South Florida.

So, on one hand, we get to help feed people this Thanksgiving and Christmas... and on the other hand we get some nice extra foot traffic and extra publicity for our show. I certainly prefer the former but the latter isn’t a bad deal either!

But then I thought... wait a minute... we could go a step further. What if we enlist a celebrity chef based in Miami to help us with the food drive by doing a Latin-American cooking demo out in front of the theater. The chef gets publicity, the food drive gets EXTRA publicity, and we get a little of that action as well. BOOM!

** Now don’t get me wrong. There is nothing wrong with doing good things for the sake of doing them. Altruism is great. And a gift is truly it’s own reward. Giving without keeping score is the best way to do things.

But sometimes there are opportunities (on a variety of levels) to take a little spark like wanting to help feed some people... and turn it into an explosion by enlisting big people to help.

My biggest takeaway from the whole thing:
Always be as giving as possible and remember that you can get anywhere you want to go much faster faster by helping others get where they want to go too.
Posted by Josh Rivedal