The Physics of Making a Big Splash 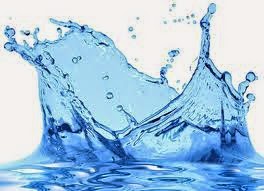 So, I was totally going to write something cute here, analogizing weather systems with making a big splash in the world. But heat and condensation and salt in the air, was just too damn complicated.

But I’ve been ruminating on and even studying folks in the world whom I respect, who have or are making big splashes in the world. While there are a great deal of variables and outside influences that can affect a person’s message and intent, there are a few basic elements that one can muster up internally to help give their message and intent some momentum to become a big splash.
Bullet #4 is where I’m most interested at the moment. Most people, including myself at times, are so damn afraid to be wrong or mislabeled; that they’re unwilling to state any kind of opinion that goes against traditionally held beliefs.

Many politicians (not naming names, that’s not the point of this) after a big televised debate find themselves scrutinized for this kind of behavior, that they “played it too safe.” They might even find that they can get elected this way—but reelection could be a difficult task, or more importantly, the long-term sustainable change needed on behalf of their constituents is unattainable.

Much of the friction a person will experience is when their solution or opinion is presented in a bold or innovative voice, uniquely their own.
Looking at them objectively as a movement and for purposes of “making a splash” —entire religions (again, not naming names) are based on a few people with bold messages presented in unique ways. Yes, there was friction (boy was there friction) but it was out of this friction where the longterm change occurred (objectively not labeling it as “good” or “bad” or anything else for the purposes of this exercise).

Practice expressing an opinion somewhere, anywhere—controlled groups on Facebook, get togethers with your school’s alum, Sunday dinner.
You’ll be refining your voice, which is so important for your longterm health and for the world (not an overstating that at all); you’ll be readying yourself to make that big splash; and you’ll be actively searching for solutions to important issues.

A list of several folks who have gone on to state an opinion consistently with their unique voice, thereby changing the world or even a little piece of it: