What is Great Theatre? 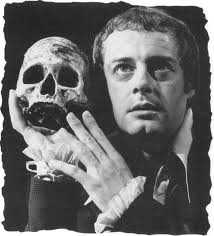 Some of the very first pieces of theatre that were staged as plays in the traditional sense, originated in ancient Greece and were performed by one actor.

Theatre in ancient Greece was part of a broad culture that commented on and was integrated into politics, religion, law, sport, or life and death.

In his Poetics, Aristotle said that theatre provided the viewer with a catharsis, or purification and healing through means of a vision. Great theatre must entertain the viewer while helping them reconnect with the needs of their humanity and the needs of a larger society

Thinking about theatre’s past with an eye on the future I wanted to try to define what great modern theatre should entail, specifically with The Gospel According to Josh in mind:

Selfless: Often solo shows or other pieces of theatre are described as “vanity pieces,” where a singular person wears multiple hats of a writer, producer, and actor. But this piece in particular and all its components are much bigger than the person running around with a bunch of hats his head to make this project work (see: suicide prevention work in the community, job creation for support staff, the want and hope to inspire with the show’s themes)

Entertaining: There should be a clear want stated by the protagonist (main character) from the very beginning of the play, and obstacles should be sprinkled throughout until the protagonist gets what he is looking for. Humor and poignancy should also be factors in the script. A big thank you to Matt Hoverman and Josh Gaboian for their help in ensuring that all these factors are paid attention to in The Gospel...  script.

A Message: The audience should come away hearing some sort of message that speaks to them in a way that causes them to think about their lives and the importance of their place in the world. Perseverance, familial relationships, forgiveness, love, community, and suicide prevention have all been messages taken away from The Gospel... so far and I wonder and hope there are more to be discovered.

Support to the community: This somewhat goes back to the aspect of selflessness, but community is such an important theme to this piece. If a solo show or any piece of theatre didn’t take care of a larger community, then a huge opportunity is lost in making long lasting friendships and sharing the true gift of your show. Preparations are being made to donate a large portion of our Off-Broadway ticket sales to various suicide prevention, crisis intervention, and other health service charities. We want to also do weekly talkbacks on suicide prevention, producing theatre for the solo-show community, running a business for small business owners, and any other relevant topic that comes up throughout the run.

These components of great theatre apply to any business large or small and can be used and implemented at any time.

I’d also be curious to hear what you might think great theatre is. Any great suggestions will make their way back to this blog with your name credited as a contributor and will be used during the Off-Broadway run of The Gospel According to Josh. Thanks!!