3 Things I Learned from the 2014 AFSP Leadership Conference 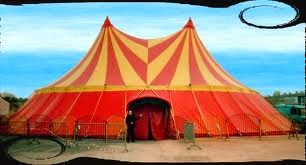 The weekend of January 24th, I had the privilege of representing New York City at a national leadership conference for The American Foundation for Suicide Prevention. Nearly three hundred people from all over the United States came together to learn more about how we can increase our effectiveness working toward suicide prevention in our respective states and communities. I’m writing this the morning after the conference and found that I came away with three pivotal and overarching lessons:

1) Great Things Happen Between the Lines—After breakout sessions, during meals, and at the end of each conference day there was ample opportunity to speak to fellow conference attendees. It was in these conversations that collaboration, brainstorming, and the real work began. Intelligently designed partnership is the fastest way to achievement. You’ll never find partners if you don’t open your mouth and ask people about themselves and how you can help one another. Simply put: when at a conference for anything, use every drop of your time wisely—and don’t be afraid to speak up.

2) Evolution is For the Go-Getter—In 1987 AFSP was simply a research organization dedicated to suicide prevention, in the early 2000’s they added the Out of the Darkness Overnight Walk component to give survivors of suicide loss an opportunity to gather together and to give the organization another arm for fundraising, and in 2014 AFSP is adding a collegiate component to give the organization a shot in the arm and a voice to students who may have lost a loved one to suicide or who may be struggling with depression and suicidal thoughts. Bottom line: if you want to achieve great things, you must be willing to evolve and adapt to get what it is you want.

3) We Need a Bigger Tent (and so do you)—Include everyone tangentially related to your mission. Along these tangent lines, there may be a group of people who want to be included under your mission (and rightfully so) and who may be feeling underserved or excluded. These underserved populations may hold an overlooked key in helping you unlock the formula to achieving the entirety of your mission. AFSP has always been an organization dedicated to research, then they added programs for prevention, then for those people who have experienced the loss of someone to suicide. In 2014, they are including suicide attempt survivors as people who will be benefitting from new programming—effectively arming a large population of people who will stand up and fight for themselves and this cause. The takeaway: look at every angle and make sure you’re using every possible resource you can to achieve your goal.

These are just several things I learned and if you want to get involved with an organization who treats their volunteers well, and who spends their time and funds wisely; AFSP.org is the one. Ping me and I can help you figure out how to get involved. Thank ya kindly :)