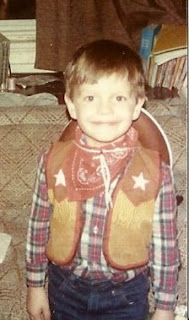 The kid in this picture didn’t know he was in for a world of hurt: an abusive parent and grade school teachers, like an endless drum circle in his ear, who told him he wasn’t good enough, smart enough, or anything “enough” and wouldn’t amount to much. He lived in the ghetto, a place, where people get stuck. He lived through his abusive parent’s suicide.  he was abandoned for a short time. And he lived through a few bouts of dark depression.

Statistically speaking, this boy should not still be alive today. But he is. And through it all, he clung to the belief that he could do anything if he really worked hard, if he cared enough, and if he surrounded himself with the right people.

It took the kid twenty eight years to figure out his place in the world. He’s now happily married. He has spoken to more than 30,000 people in less than five years. He has helped saved thousands of lives. And he lives well.

In case you haven’t figured it out, that kid in the picture is me (I definitely can’t rock a cowboy outfit like I used to…). That kid in the picture was always worried about being “enough” to do just about anything he wanted to in life—until a few years ago when a mentor pulled him aside. “You are more than enough to make the impact you want to see in your life, your job, your community, and in the world around you,” he said.

He was damn right. And so I repeat those words to you. You are more than enough to make the impact you want to see in your life, your job, your community, and in the world around you.

There’s been plenty of people in the world who have overcome huge obstacles, many much bigger than mine and yours, who have gone on to make a huge impact. Muhammad Ali. Beethoven. Oprah. Nelson Mandela. Frederick Douglas. The list could go on for days.

One of the bigger problems in not believing you are “enough” (I’m not the only one who has had to get past this kind of thinking) is on a societal level. Images are flashed on television of what an “ideal” person looks like, or all that’s ever shown is a person’s highlight reel rather than the grueling work they did behind the scenes and how many times they fell before they could get in front of a large crowd to speak or show off their accomplishments.

What we could use more of is investigative research: how did that person I admire get to where they are now, how did they fail, and how many times?

There’s a lot to learn from in failure but not nearly as much in the highlight reel.

You want to make a difference? Help the newly bereaved from suicide? Start your dream business? Lobby congress for a law that better protects your community? Fill in the blank ___. You are more than enough to be that change you want to see in the world. F&^% the naysayers. They can sit in their crusty armchair, never accomplishing anything. You have some damn incredible work do.

Take the time to research failure from those who you admire and who are doing similar things you’re working to achieve: being a better father, getting into social work school, professional line dancing, and so on. You’ll learn a lot and get where you want to go much faster.