As I was writing my first book The Gospel According to Josh... I saved every word and paragraph that I had cut from every draft. Each time I went back through to write another draft, I would look at the document of cuts and use it as inspiration to find a better idea for a word, paragraph, or idea that I couldn’t have found previously.
It dawned on me today that I should (and will) do this with all of my work. I’ll be writing down all ideas and all “failures” or things I’ve done that didn’t work. I’ll use this document of ideas and “failures” as inspiration for something that can work now or in the future.

Life is about constant editing anyway.

It’s Not About You, It’s About Them 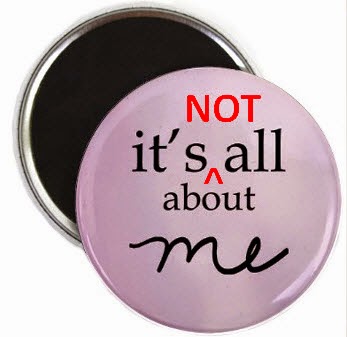 It’s not about you, it’s about them.

They’re not disappointed in you, but in the outcome.

Your sales pitch isn’t about what you can get but the solution (gift) you can provide.

The “no” they say to your idea isn’t a personal attack on your very being, but their perception as to why your idea doesn’t work for them (yet).

We make the mistake in thinking that the interaction is all about us. And why wouldn’t we—it has a lot to do with our animal instincts toward self preservation and survival.

But we, you and I, would be much better off creating ideas and offering of ourselves with three things in mind: 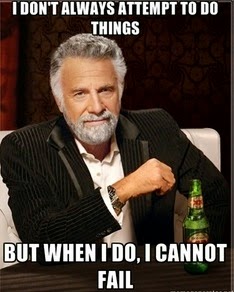 At some point—whether it’s a college application essay, a job interview question, or part of an obnoxious board game—the question will come up: “If you knew you couldn’t fail what would you do?”

All sorts of answers come up: “Sail around the world,” “Ask Taylor Swift out,” “Be great at this job/school (very original, thanks)” and so on.

The question should be reframed as a statement. “I cannot fail therefore…” Think about that and take it beyond the college application essay or job interview. Take the statement with you everywhere you go.

Therefore what?
Anything is possible—except failure.
Posted by Josh Rivedal No comments:

Comparing Oneself to Another’s Highlight Reel: The Prizes and the Pitfalls 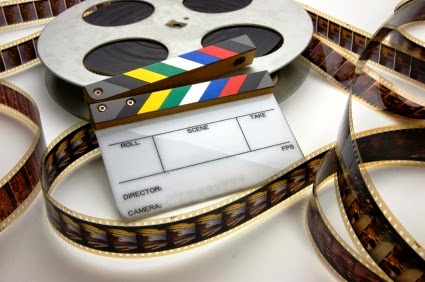 So you want to change the world, begin a new project, grow your existing project, fill in the blank… basically you want to take action and do something.

But how to begin?

There are several ways one can begin—one of them is as equally helpful as it is dangerous.

Finding someone or many someones in the world who are doing something similar to my goal, idea, or project.

Why it’s helpful: I can find out if there is a demand for what I’m about to endeavor upon, the archetypes for people who might like what I’m doing, and what might work and what might not in building goal/idea/project.

Why it’s dangerous: There’s a trap here and that is to compare yourself to someone else’s highlight reel. You want to be the next greatest food truck chef/entrepreneur. You take a look at some of the food truck folks firmly established all over the U.S. You think to yourself: “Chef X has ten trucks from L.A. to New York City, has her own line of BBQ sauces, is always on TV, and pulls in loads of cash every year—I don’t know if or how I’ll ever attain that level of greatness—maybe I’m not good enough, maybe I’ll never be good enough, maybe I shouldn’t even try.”

That kind of thinking might seem a little extreme but it happens on one level or another and quite often.

The other kind of thinking that goes along with the highlight reel comparison is: “Well, it’s easier for (fill in the blank: women, men, Hispanic, old, young etc.) to get on TV with their food truck recipes. Of course I’m not doing well.” It’s the conditional statement “If I only had X, then Y would happen,” which gives a person the opportunity to let themselves off the hook for not trying, not fighting, or not doing their best.

The last piece of danger to be forewarned about the highlight reel comparison business is that it doesn’t ever completely go away. You just have to learn how to tame it.

Everyone has a different set of circumstances and rules to adhere to in how they grew up, how their brain operates, who they know and the relationships they have developed. It may look like a person has it easy (at a certain level it’s important to make “it” look easy) but they are dealing with factors that you and I know nothing about.

You can always learn from a person’s success but you can’t replicate it. Take what you like and leave the rest. Rinse and repeat with other *successful people.

*successful in whatever area in which you’re looking to grow: a friendship, work/life balance, business, skills as a mechanic

The beginning of any project, idea, or goal is to some extent necessity, but there has to be joy and love for the craft and the process, what it is and what it could become.

Be patient, be generous in action and in spirit, and keep at it.

Look up once in awhile to learn from others, while not allowing yourself to become enamored with the shiny, encrusted jewel that is their success. You’ll never be able to have the jewel that they’ve created for themselves. You’re creating and refining your own jewel and so far it’s shaping up to be a real beauty.
Posted by Josh Rivedal No comments: